Take our staff survey and help us make improvements! We want to hear from people across the partnership to help us gain a better understanding of how learning is understood in Lambeth.

It is important that the workshops and practice guidance developed by the Lambeth Safeguarding Adults Board benefit you, and support you in protecting adults at risk. Your responses will help us to make improvements and build on the good practice already being showcased across Lambeth.

Thank you - we really appreciate your time! 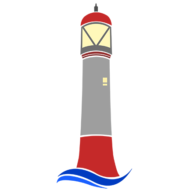 If a person does not consent or lacks capacity to consent to marriage, that marriage must be viewed as a forced marriage whatever the reason for the marriage taking place. However, mental capacity is time and decision specific and this makes it difficult to seek convictions once a marriage has taken place. Only four people have ever been convicted under the Anti-Social Behaviour Act 2014 in its first five years of existence despite over a thousand reported cases in 2017 alone.

We all have a role to play in safeguarding adults at risk, and Joan’s story highlights the importance of all agencies accessing appropriate adult safeguarding and mental capacity training.

Lambeth VAWG and Safer Communities Team run monthly reflective spaces which provide an opportunity for professionals in Lambeth to come together to discuss VAWG issues, gain advice and share best practice. These are informal and unstructured sessions where any issue or query can be discussed, including forced marriage.

If you are concerned that a vulnerable adult is a victim of forced marriage or predatory marriage, you can raise a safeguarding concern using our online form (this is the quickest and most secure way to raise a concern and you can remain anonymous). If you are uncertain, you can also speak to If you're not sure what to do, or need some advice, there are people who can help. You can talk to your GP or nurse, a social worker, a police officer or your key worker. They will help you to respond to the concerns.

You can also contact the Forced Marriage Unit (FMU) if you’re trying to stop a forced marriage or you need help leaving a marriage you’ve been forced into – remember that the Multi-agency statutory guidance for dealing with forced marriage highlights that a person who does not have capacity cannot consent to marriage.

This week the Lambeth Safeguarding Adults Board (LSAB) invites you to observe Dementia Action Week, whose theme this year is on Diagnosis. Over 500,000 people in the UK have been diagnosed with dementia, but equally over 400,000 are believed not have been. The vast majority of persons who had delayed their diagnosis for two or more years wished they had done it sooner. Research by the Alzheimer’s Society showed the biggest barrier to diagnosis is the false belief that memory loss is simply part of old age.

Diagnoses are at a five year low with an estimated 33,000 people living without diagnosis, according to the Alzheimer’s Society, due to the backlog created by the pandemic. This prevents them from receiving the care they need and puts a greater pressure on those around them.

LSAB would like to emphasise awareness of the early signs of dementia which are not limited to:

People with dementia will have cognitive symptoms that may make them more at risk of abuse or neglect.

An early diagnosis can avoid stresses for both the person affected and those around them, allowing for proper planning to take place. This is of particular pertinence to Adult Safeguarding, as appointing a Lasting Power of Attorney or creating an advance care plan before a person loses capacity can support others to act in the persons best interests and help prevent abuse or neglect in the future.

It is also recognised that the use of restraint by carers is sometimes required in order to protect those with Dementia. In some instances this is the right thing to do. There are however occasions where despite best intentions, the use of restraints can cause harm. This is a difficult area for which we have created a guide to support carers. Carers may also be at risk of neglect and abuse especially if they are overburdened, isolated, lonely or experiencing severe stress; the key thing to remember is that you can always seek support.

If you believe yourself or someone else could be suffering from Dementia, or that a carer is finding a situation difficult, know that help and support is available. An early diagnosis is the best possible outcome. Act!